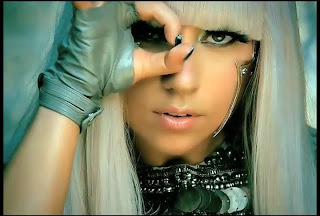 Who don't know lady gaga. Lady gaga is  a singer from America. She wanted to go to Indonesia and will concert in 3 june 2012 In glora bung karno stadium. But unfortunately the manager of lady gaga big dady cancels her concert. So how could it happened. As we know that most of Indonesian people are muslim. And people in Indonesia afraid about lady gaga concert. It is because they afraid we lady gaga vulgarity concert. And for another the goverment especially the Indonesian cops didn't give a recomendation for lady gaga.So absolutely if the police didn't give a recomendation it must be a big problem with lady gaga.

The problem is a secure when the concert, how could lady gaga concert without the guard of police. But on the other hand lady gaga fan's in Indonesia dissapointed with the police. So maybe the question is why the police didn't give a recomendation for lady gaga, why the Indonesian police didn't show their professionality. Lady gaga is a musician and she is a good singer. Yaa the reason why the gorverment and the muslim people didn't allow lady gaga to concert in Indonesia because its a morality. They afraid if morality in Indonesia will be bad after lady gaga go to Indonesia. Because western and Indonesia are not same. Indonesia still solid with a big morality especially is not switable for Indonesian people to see lady gaga dress and Indonesia also has a spiritual rules that we cannot found in western. Especially Islam rules, FPI (Islamic defenders front) didn't agree with lady gaga concert in Indonesian.
So the conclution is in on side lady gaga fans they are disappointed, and at another side happy by that..,, so what your side.? that up to you?