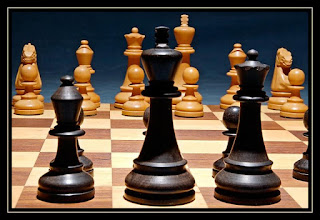 If people say playing chess is wasting tame, it's a bullshit, you should know that chess is sport game. I know many people still assuming that just a game, not a sport, but you know that chess it hard game because it use your energy, yaaa you are not using muscle but you are using your brain.
Alright back to the topic, if you want to be smart or thinking faster, you can improve your brain IQ by playing chess, some training will you get when you play chess are:


4. Thinking faster.
A true chess have limit time when you play chess, so it will require you to think faster as fast as possible, and only use your time in the important moment.

So keep playing chess and be genius :-D