Tezzue 6/03/2012 article
Tezzue
Ya nowadays we can see facebook is the most popular way to chatiing to another people. So how could it be. Ya because in facebook there many applicaton, for example, zynga game, skype, direct chat and another aplication that mean facebook have a prefer gadget than older aplication. But you should know that before facebook has lauched, there have many popular way to chat, So what is that??? Lets check it out.... 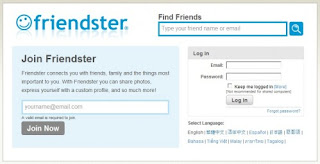 Mirc is a simple aplication to chat just use the server and go to chat, we just join to a room and go to chat, unfortunately mirc don't have a photo like a facebook, so that why many mirc user move to facebook.

Yahoo is also nice way to chat, but facebook number one in the world now, so people prefer to use facebook that yahoo now, maybe because the complete of gadgets in facebook..

So that a popular way to chat before facebook, so what a new aplication to chat in the future,, only time can answer that....